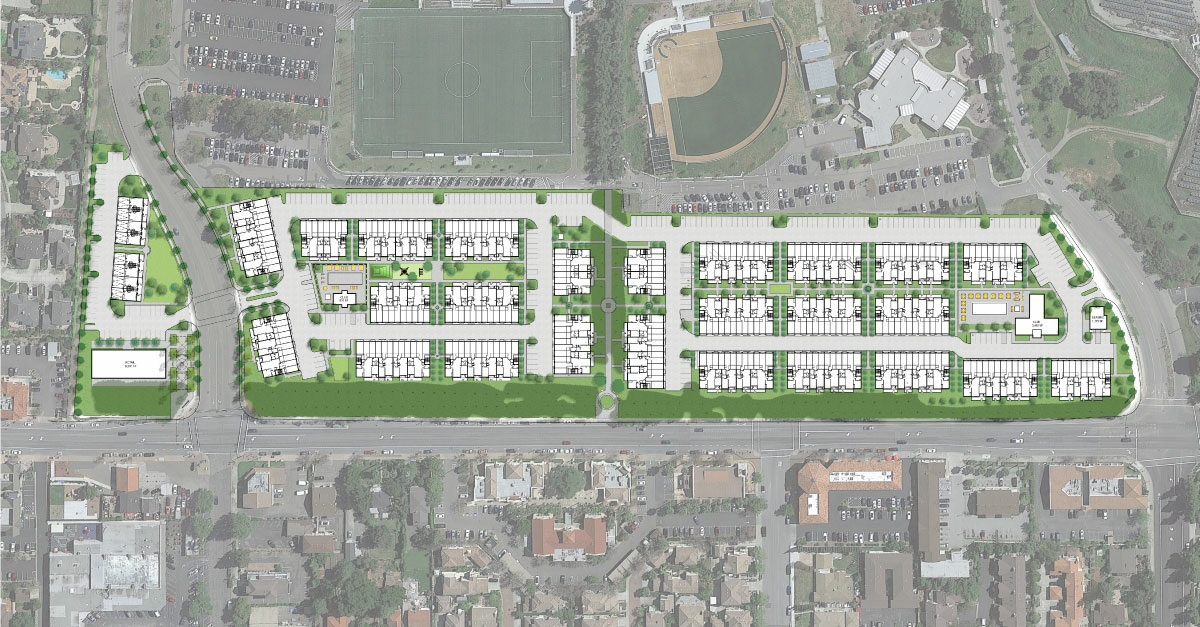 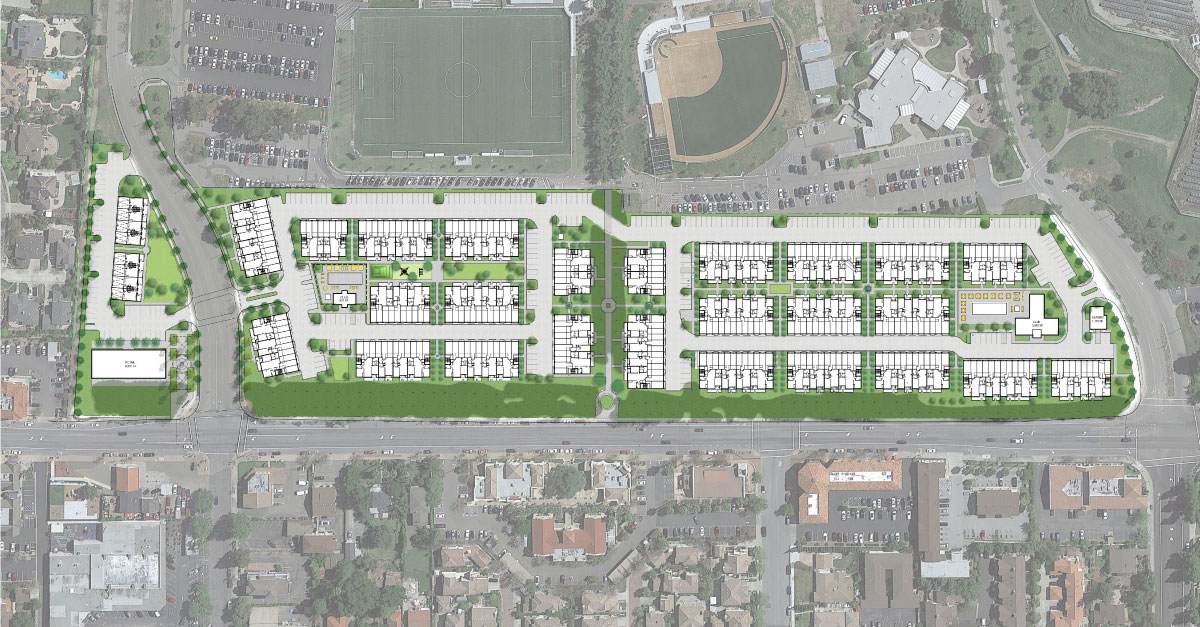 ima is working in conjunction with Steelwave for the upcoming $106 million, 15 acre mixed-use development. SVA Architects is also working on the enterprise. The Steelwave team won the developer RFP in 2017 and is currently in design for the market rate apartment project. Plans include retail and office spaces as well as housing for educators and senior citizens.

The Ohlone Community College District is located in the southern portion of the San Francisco Bay. A multi-campus community college district serving almost 16,000 students per year, the District has a main campus in the City of Fremont (in close proximity to the historical Mission) and a satellite campus in the City of Newark. The college is named for the native population living in the area when Mission San Jose was founded.

From the Silicon Valley Business Journal on July 3, 2017

SteelWave is set to begin developing a mixed-use project on a prime 15- acre Fremont property owned by Ohlone College that has been plagued with false development starts for more than two decades.

Ohlone College’s Board of Trustees has approved an agreement to enter into a ground lease with the Foster Citybased real estate management and investment firm for the property at 43600 Mission Blvd., where SteelWave is planning a $106 million mixed-use project.

The company has proposed building 275 residential units alongside a commercial town center with nearly 18,000 square feet of commercial retail and office space.

When the development is completed, SteelWave would pay about $1.3 million in rent annually. The developer will lease the property for 80 years, with an option to extend it up to 99 years - the longest term a community college can lease land to a single entity.

Ohlone has been eyeing the site for development for decades, seeing the potential ground lease payments as a new source of stable income for the public college.

Carmel Partners was the most recent developer to fall through on plans for the site, which is split up into three adjacent parcels along Mission Boulevard between Pine Street just past Witherly Lane. The San Francisco-based developer had proposed building hundreds of residential units on the land, but ultimately backed out of the deal.

SteelWave still has a way to go before its project is set in stone.

The company has won over the college, but will still need to secure approvals, zoning changes and building permits from the City before construction can start.

College officials last month said they were confident that SteelWave would be the team that would bring project to fruition.