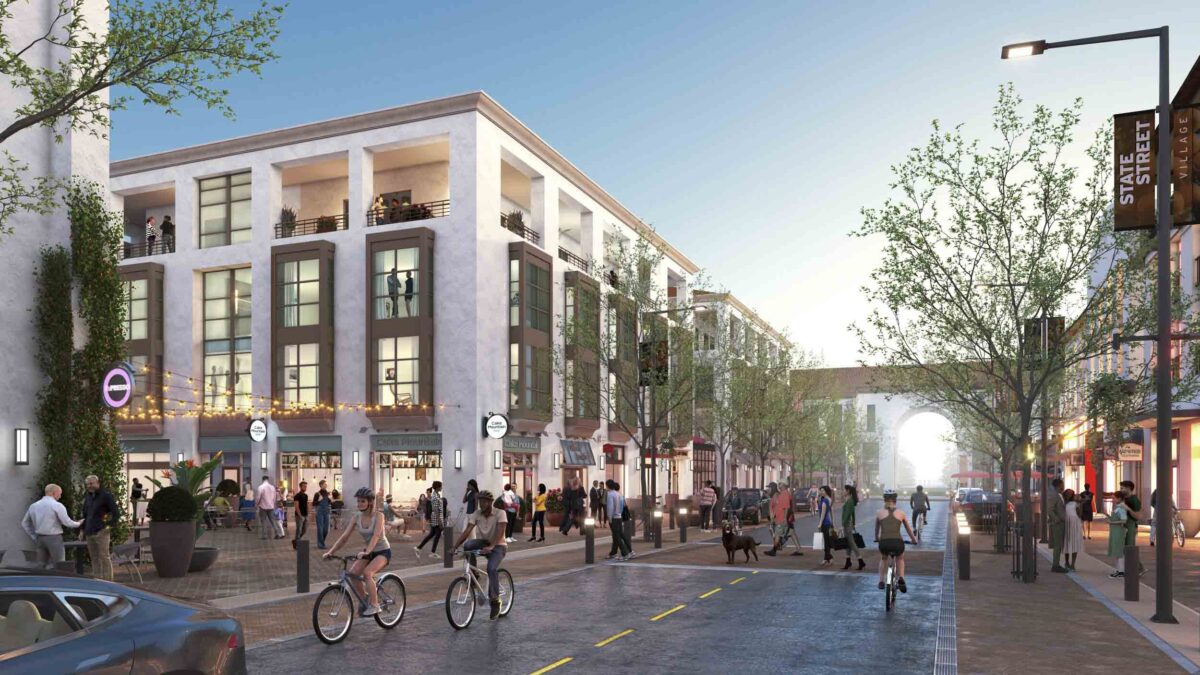 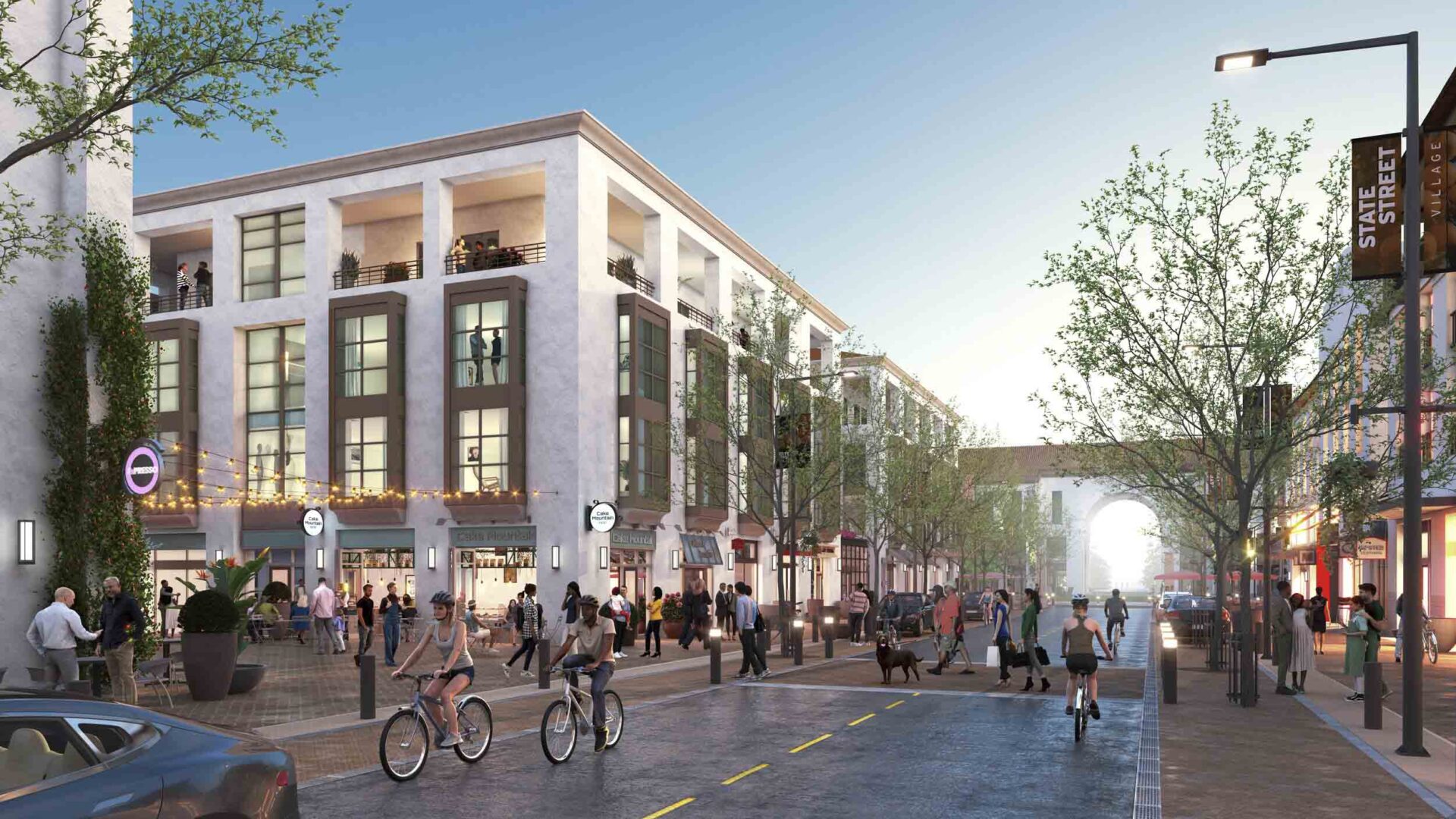 Most cities in the Inland Empire grew up in the post-World War II era, based on tract homes, strip malls, and, more recently, one of the largest agglomerations of warehouses in the world. Redlands’ history dates back further. A hub for the early California citrus industry, it once had streetcars and a railroad stop surrounded by a bustling central core.

And, like many American cities, Redlands nearly eviscerated its downtown, by building an indoor mall in the 1970s and instituting growth controls. And like so many of that era, the mall, which covered six blocks, eventually failed, closing in 2010.

Now a developer plans to tear down the mall and replace it with an outdoor, mixed-use, four-story, five-building New Urbanism-influenced project called State Street Village. It is one of the first, and arguably the most important, projects intended to usher in a new urban paradigm in Redlands. On the one hand, the city is capitalizing on its downtown core, and, on the other, capitalizing on a new rail service arriving soon in the city. The provisions of a 1997 slow-growth ballot measure, Measure U, are on their way out too.

Co-designed by Torti Gallas architects and Mithune architects -- both of which have substantial connections to the Congress for New Urbanism -- State Street Village will cover about 12 acres of the old mall site. The project will include ground floor retail and office space, and 700 residential units on the higher floors. Its centerpiece will be a 16,000 square-foot plaza, which ends on State Street. A five-story parking structure will be enclosed in one of the buildings. Construction is scheduled to begin in late 2023.

At least two other developments are planned adjacent to it, a mixed use project and a 150-unit apartment complex.

State Street Village relies on details that make it more pedestrian-friendly, including shorter block lengths, buildings built to the front of property lines, and zero curbs.

“In essence,” said Torti Gallas principal John Torti, the design attempts “reposition the automobile to a minor role in the theatre of the neighborhood and increase the pedestrian to a major role in the life of the neighborhood.” This is done, he said, “through the careful crafting of the public realm, of the plazas and the sidewalks and the streetscapes and then what you put adjacent on those streetscapes.”

ima joined the stellar team of designers and provided landscape architecture for this pivotal addition to the historic downtown Redlands. Crafting custom experience for each resident, guest, and visitor; ima recommended bold moves like tree filled bosques for shade and visual appeal. Our design team also provided more nuanced input like a curbless transition from the plaza to the street for non-vehicle access events.