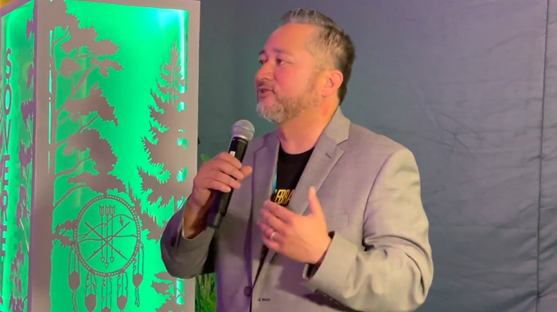 ima is proud to continue it’s ongoing relationship with the San Manuel Tribe of Mission Indians and we want to congratulate the Tribe for the Grand Opening of the first phase of its latest expansion. ima Principal, Rob Moffat, was excited for the opportunity to carry forward the relationship and provide design for the Phase 1 Casino Expansion area development, as well as the new Hotel. On July 24th, the Tribe held their opening ceremony for the new casino. The new facility adds more gaming space, high end retail, bar areas, and a new restaurant. Later phases will include the resort with a new pool deck, hotel, and spa.

Tribal Chairman, Ken Ramirez, stated in the opening ceremonies that 40 years ago there were only 10 homes on the reservation and gaming didn’t begin until 1983. Fast forward to today, and General Manager Peter Arceo told the crowd the casino currently employees more than 6,000 team members from the surrounding communities.

ima’s goal was to strengthen and enhance the guest sense of arrival as they approached the resort. The landscape focused on texture, scale, and color throughout the arrival sequence and within the site. These details become the common thread as guests arrive, park, and enter the expanded resort. Once on site, they can immerse themselves in the landscape story woven into the new resort pool deck with multiple pools, spas, and cabanas.